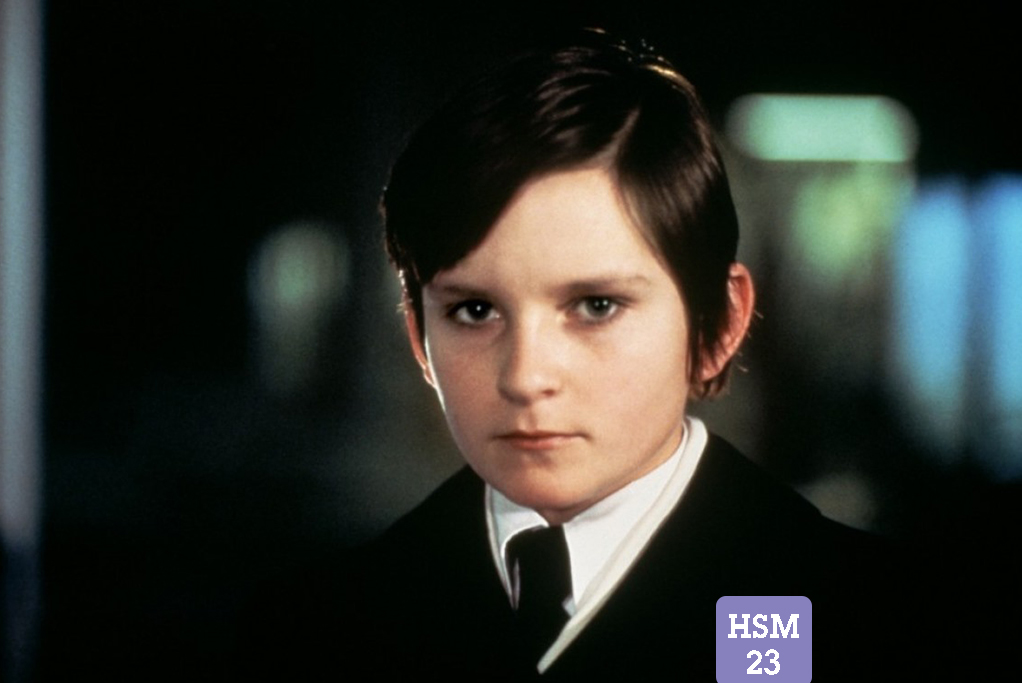 The last time we saw Damien, he was six years old, attending the funeral of his parents– who had only days prior tried to murder him at a church alter. Seven years later, “Damien: Omen II” follows Damien’s journey to discovering his true identity as the anti-Christ. Along the way, scholars, family members and reporters catch on to his sinister destiny and try to stop him, using Seven Daggers of Megiddo.

“Omen II” continues the narrative with very consistent and deliberate pacing. Although not as scary as the original, the atmospheric tension, coupled with Damnien’s developing powers, helps to elevate the fear factor on what otherwise might be regarded as a dramatic thriller.

What was terrifying about the first movie was six-year-old Damien’s haunting sense of ambiguity. We knew we was adopted, that he was born of a jackal and that there insidious forces that intervened when he was in danger. But we weren’t sure if he was self-aware or what was going on inside his head. Much of the fear came from Damien’s haunting blank stares.

Of course, the sequel does not benefit from this narrative luxury. But it’s compensated for by a more dynamic antagonist. Damien is quiet, frustrated and confused. He can give other kids aneurysms with his glares, but he’s also really caring and protective of his cousin Mark, who is also enrolled in the same military academy. 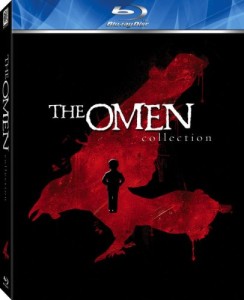 The Limited Edition Omen Collection includes all four Omen films including the 2006 reboot and is available to order on blu ray right here.

Various characters in the “Omen” trilogy are revealed sporadically as Satanists, which adds to the frantic twists. Damien isn’t alone in his quest for world domination. He has a legion of powerful, malevolent minions who deceive, lie, steal and kill to make sure the apocalyptic plans are carried through.

At one point, one of Damien’s sergeants says “The day will come when everyone will know who you are but that day is not yet,” before urging Damien to read the book of Revelation to understand what he’s meant to do.

Part of the terror involves Damien’s eventual embrace of his role of the end of times. Although a basic knowledge of the Biblical book of Revelation isn’t necessary to appreciate the trilogy, it helps with understanding the events that this story is sub-textually building up to. Suggestions from the book of Revelation are made in a surprising number of horror films.

In the sequel, the body count is about equal as the first. While the fatalities are undeniably eerie and perhaps a bit more Hitchcockian than before, none are quite as shocking as the ones in the original– the nanny who hangs herself, the priest who’s impaled by a lightning rod and the photographer who’s decapitated by a sheet of window glass sliding off a truck. The deaths here are scary (one clearly inspired by Hitchcock involves a woman being pecked to death by a possessed crow), but pale in comparison to those in Damien’s early years.

In many ways, it seems the sequel traded terror for suspense. The deaths are never quite as shocking and the twists are rarely as jarring. But being able to see Damien reluctantly (then later proudly) accepting his role as the anti-Christ is almost as thrilling as watching others try to stop him. “Omen II” utilizes its dramatic actors into a worthy follow-up to the 1976 original.

The Limited Edition Omen Collection (which includes all four Omen films) is available on DVD, blu ray and digital download here on Amazon. Due to the rarity of the sequel, purchasing the complete collection is cheaper than purchasing “Damien” alone. Be sure to check out the other entries in the Horror Sequel Marathon right here on My Vinyl Muse!