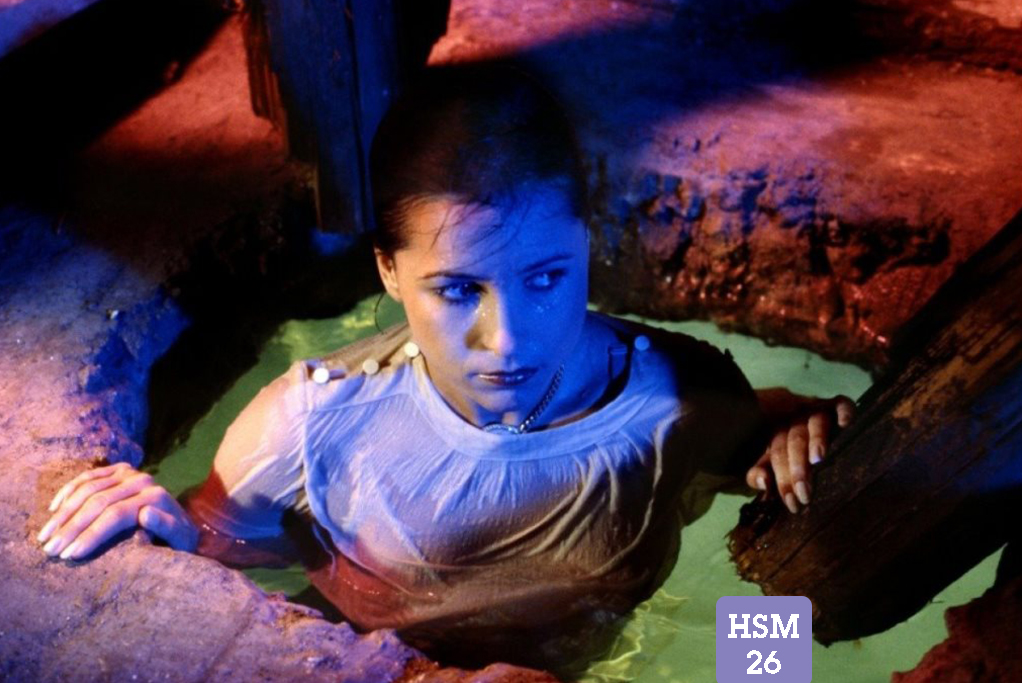 Gothic and sublime, “Inferno” contributed to director Dario Argento’s reputation for crafting surreal supernatural horror with striking cinematography and intimate human struggle. For what the 1980 follow-up might lack in adherence to its focal narrative, it makes up for in lavish visual flair and a deeply ambitious mythology.

“Inferno,” is considered a thematic sequel to Argento’s “Susperia,” which was released in 1977 and contains an entirely separate cast of characters. It is the second in his Three Mothers trilogy. All three films are partially derived from the concept of “Our Ladies of Sorrow” (Mater Lachrymarum, Mater Suspiriorum and Mater Tenebrarum) originally devised by Thomas de Quincey in his book Suspiria de Profundis (1845). “Inferno” focuses on Mater Tenebrarum (Mother of Shadows).

The story opens with a poet named Rose who lives in New York City. She reads a mysterious book called “The Three Mothers,” which was written by an architect named Varelli. Varelli claims that over his career, he had built three buildings: one in Rome, one in Freiburg, and one in New York. All were designed for the fabled Three Mothers, who practice witchcraft and manipulates events on a global scale.

It’s all going to burn down… just like before.

Rose suspects that she is living in the building in New York that Varelli built. Clues in the ancient book lead her to the building’s cellar, where she finds a hole in the floor (pictured above) that opens up to a ballroom completely submerged in water. When she encounters a dead body, she sends a letter to her brother in Rome to inform her that she might be in danger.

The focus shifts from character to character, but we’re mostly told the story through the perspective of Rose’s brother, Mark, who’s tasked with rescuing his sister from the sinister minions whom Mater Tenebrarum seems to command. Mark follows cryptic clues– some misleading– to the final confrontation with the Mother.

The mystery in “Inferno” is heightened by the film’s dream-like motif. Viewers are rarely certain of much of what’s going on in Argento’s trilogy, which works as both an asset and a hindrance to the overall effectiveness of the narrative. It’s thrilling not knowing who to trust, as Mater Tenebrarum’s followers never outright reveal themselves as such. There is a malevolent ambiance throughout. Nevertheless, “Inferno” is a difficult film to follow.

Susperia was highly praised for its stylistically haunting visuals. “Inferno follows the same style rather strictly with gruesome, yet beautifully-choreographed fatalities in magenta-tinted lighting.

Even for viewers who struggle to keep up with the film’s plot, Argento provides plenty of visual splendor, which is paired well with progressive rocker Keith Emerson’s musical score. “Susperia” set the bar high for Argento, especially with the viscerally iconic scene with the student hanged from the ceiling who plummets to the ground onto broken glass and metal.

The director and the film’s cinematographer Romano Albani make great use of the film’s primary location. The apartment’s architecture is baroque and massive. While it might not seem particularly eerie without context, the entire building seems like more of a nightmarish cage the more the film reveals tidbits about the mythology behind the building and its inhabitants.

It’s clear that The Three Mother trilogy is a significant part of Argento’s life. Although the final entry, “The Mother of Tears,” received mixed reviews overall, there is a very passionate following for the trilogy. According to Bloody Disgusting, the director’s daughter (who also plays a major role in the final entry) has suggested a possible prequel to the series.

“Inferno” is an exhausting film. Those with short (and maybe even average) attention spans might not be particularly attentive to the film’s many subplots. Nevertheless, “Inferno” is an impressive piece of experimental horror filmmaking that has aged remarkably well. For horror fans with tolerance for disjointed narratives, “Susperia” and “Inferno” are must-sees.

“Inferno” is available on DVD, blu ray and digital download here on Amazon. “Suspiria” is available here. And be sure to check out the other entries in the Horror Sequel Marathon right here on My Vinyl Muse!