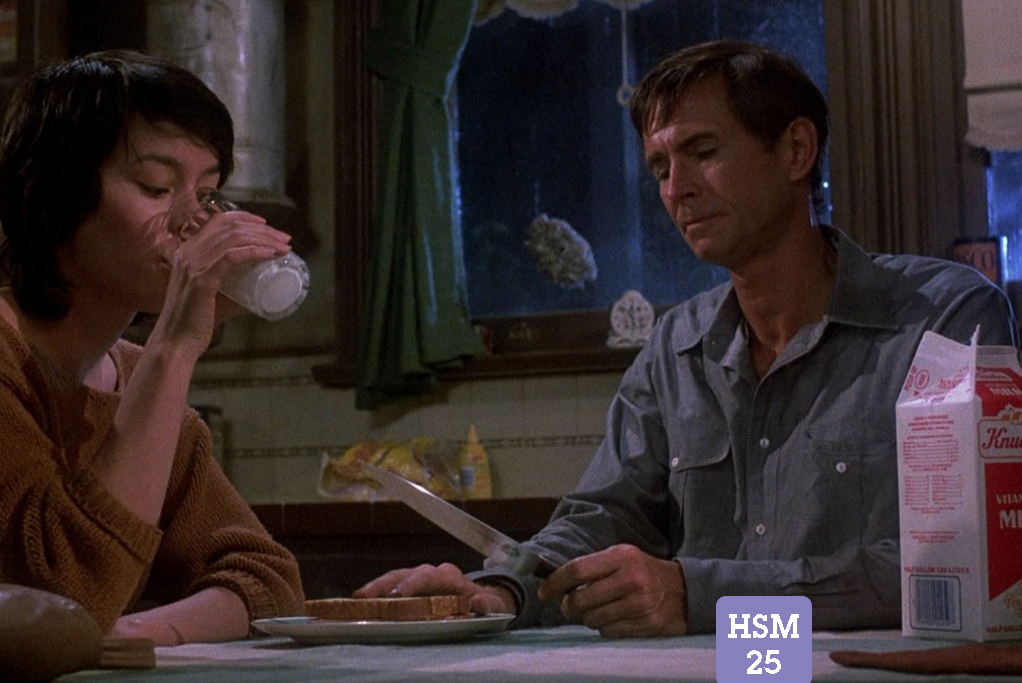 The Bates Motel is back in business in the surprisingly effective sequel to one of the greatest and most influential horror movies of all time, “Pyscho.” Alfred Hitchcock’s original black-and-white masterpiece helped validate the horror genre with its shocking twists, unnerving subtext and now famous shower scene. “Psycho” was flawless. Fans never asked for a sequel, but they got one. And despite some dramatic key differences, it’s a suspenseful, expansive entry in the series.

“Pyscho II” focuses on Norman Bates (Anthony Perkins reprises his role) as the protagonist rather than purely the villain. Norman had spent the last 22 years in a mental institution, and in spite of hundreds of petitioners and protesters, he’s released back into society– working as a dishwasher/busboy at a nearby diner while taking over as manager of Bates Motel.

In the Richard Franklin-directed sequel, Norman soon brings home a distressed co-worker, Mary, who stays at the Bates Motel after her ex-boyfriend leaves her without a stable living situation. Soon after, Norman begins receiving manic phone calls from someone claiming to be his mother, leading him to begin questioning his own sanity.

Early on, “Psycho II” establishes Norman as the victim of his own delusions. He’s sincere and kind, but he’s also aware of the community’s perception of him after he murdered seven people during and prior to the events of “Psycho.” So when he begins hearing his mother’s voice again, he agonizingly tries to suppress the urge to act on the voice’s demands.

Norman’s relationship with Mary develops tenderly. Mary is conflicted about Norman’s ability to be re-assimilated into society. It’s revealed that Mary’s aunt was one of Norman’s victims and that Mary’s mother adamantly protests Norman’s release. Even though it’s never clear in the first two acts whether Mary subscribed to her mother’s fears, she treats Norman like a sympathetic friend.

“Psycho II” is effectively manipulative thanks to the sequel’s slew of potential culprits. Norman’s delusions evoke a sense of mystery throughout the entire film, which runs 113 minutes. Is Norman really hearing his mother’s voice? If not, who is it and why are they trying to force Norman to regress into previous state of madness? Many locals want Norman locked up or dead– most recently the previous Bates Motel manager, whom Norman fired after discovering that he had turned the Bate Motel into a sleazy adult motel while Bates is away.

Like in the original, the idea of reconciling destructive histories plays a major role in “Psycho II,” as Bates continues to escape (and occasionally confront) his past emotional traumas. Viewers seem invited to root for Norman’s recovery, even as everyone in his life seems committed to the opposite. In this regard, Norman is actually the hero of “Psycho II” with the villain being his sinister alternate personality and certain hateful locals.

The Bates Motel in “Psycho II.”

Psycho II makes great use of the iconic eeriness of the Bates Motel. It becomes as much of a character as any human character.

Thanks to Franklin’s sharp direction, “Psycho II” utilizes the creaky Victorian building to elevate the fear in every scene– occasionally cutting to a full shot of the entire motel.

Various scenes take place in the Bates Motel attic and basement, as well as famous locations from the original including Norman’s mom’s room and the bathroom, which now contains a peephole with an unidentified peeper. The filmmakers behind “Psycho II” seem to have been vaguely inspired by “The Shining,” which came out just a few years prior. The motel is vast and mostly empty, but no matter where Norman and Mary are, they never seem alone.

Even after five decades, “Pyscho” always felt destined to be a series. A&E confirmed this idea in 2013, when they debuted Bates Motel, which chronicles Bates’ teen years living at the Bates Motel. This show premiered with high ratings and very positive reviews. Even though “Psycho” concluded with few loose ends, Norman seems too engaging a character for just one film.

Ultimately, “Psycho II” lacks the thematic depth that the original contained in such abundance. In some ways, it feels like more of a homage to Hitchcock’s classic than a true sequel. Despite a higher body count, the real horror is contained in Norman’s mind– especially when Mother’s voice is heard. “Psycho II” is a seemingly unnecessary sequel that expands on Hitchcock’s narrative in a suitably suspenseful and enticing manner thanks to another charismatic performance by Anthony Perkins.

“Psycho II” is available on DVD, blu ray and digital download here on Amazon. The original is available here. And be sure to check out the other entries in the Horror Sequel Marathon right here on My Vinyl Muse!