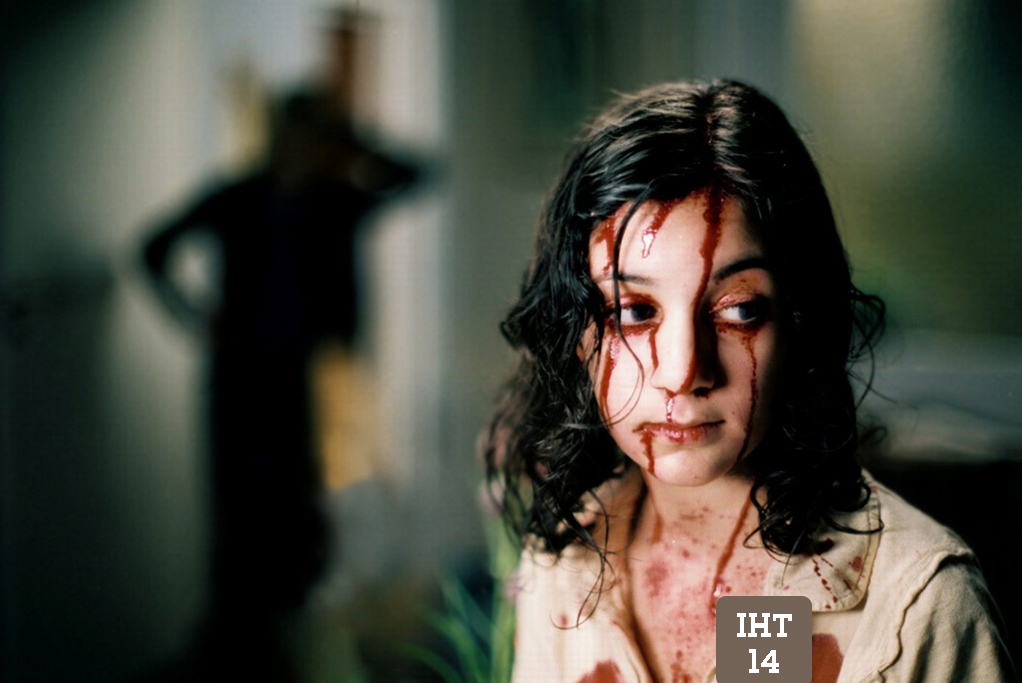 When Swedish horror author John Ajvide Lindqvist wrote his debut novel Let the Right One In in 2004, he probably didn’t expect it to be adapted into two of the greatest vampire films ever produced. But such was the case for the story, which centers on the relationship between a 12-year-old boy, Oskar, and a centuries-old vampire child, Eli. The more effective of the two adaptations is the 2008 Swedish film of the same name directed by Tomas Alfredson.

The film follows the novel closely, although Alfredson, unconcerned with the horror and vampire conventions, decided to focus primarily on the relationship between the two main characters. Let the Right One In blends romance and horror with hauntingly intimate depictions of its protagonists’ struggle against bullying, loneliness and hunger.

The film takes place in Blackeberg, a suburb of Stockholm, in the early 1980s. The frigid cold climate heightens the tension and plays an important role in how Oskar and Eli’s relationship takes shape as well as contributes the intrigue of young Eli, who’s impervious to the cold.

Ajvide Lindqvist’s novel brilliantly explores issues like existential anxiety, fatherlessness, alcoholism, school bullying, paedophilia, child transgenderism and murder. Alfredson’s adaptation touches on many of these ideas, which contributes to it being slightly more effective than its remake. Let Me In (the American remake) strives to be more accessible in its storytelling and succeeds due largely to the outstanding performances by Kodi Smit-McPhee and Chloë Grace Moretz.

Selecting the lead actors involved a year-long process with open castings held all over Sweden. In the end, the 11-year-olds Kåre Hedebrant and Lina Leandersson were chosen for the leading roles. Leandersson plays vampire girl Eli with a very eerie presence, in a way reminiscent of Stephen King’s Carrie. Hedebrant plays a loveable sufferer of ridicule and bullying. Both actors commended by both novelist Alfredson and film reviewers for their performances.

Watching the relationship between the two misfits blossom is one of the most satisfying parts of the film. Even from their awkward first encounter, their complimentary differences (Oskar’s innocence with Eli’s darkness) contribute to the authentic nature of their relationship. The romantic intimacy between these two 11-year-old child actors feels noticeably more genuine than the vast majority of star-studded Hollywood romantic comedies and dramas.

There’s no shortage of scares in Let the Right One In. Eli hungers for human blood and is able to acquire it with the help of an older friend, who must quietly hunt down locals and drain and preserve their blood before disposing of their bodies– all without drawing suspicion from the townsfolk. But most of the horror comes from Oskar’s bullies, whose abuse pushes the scrawny Oskar over the edge.

The film also follows the vampire mythology quite well. There’s no need to reinvent the folklore like so many other vampire flicks of the decade (which shall remain nameless) have tried and failed miserably. Let the Right One In is brave enough to bring totally fresh ideas to the genre while still following the rules of what makes a vampire a vampire. And its up there with the best of them.

Part romance, part horror, part coming of age drama, Let the Right One In is a cinematic masterpiece that benefits from the tenderness of its young protagonists and the emotionally resonance of its source material.

Let the Right One In can be purchased cheaply on Amazon right here.