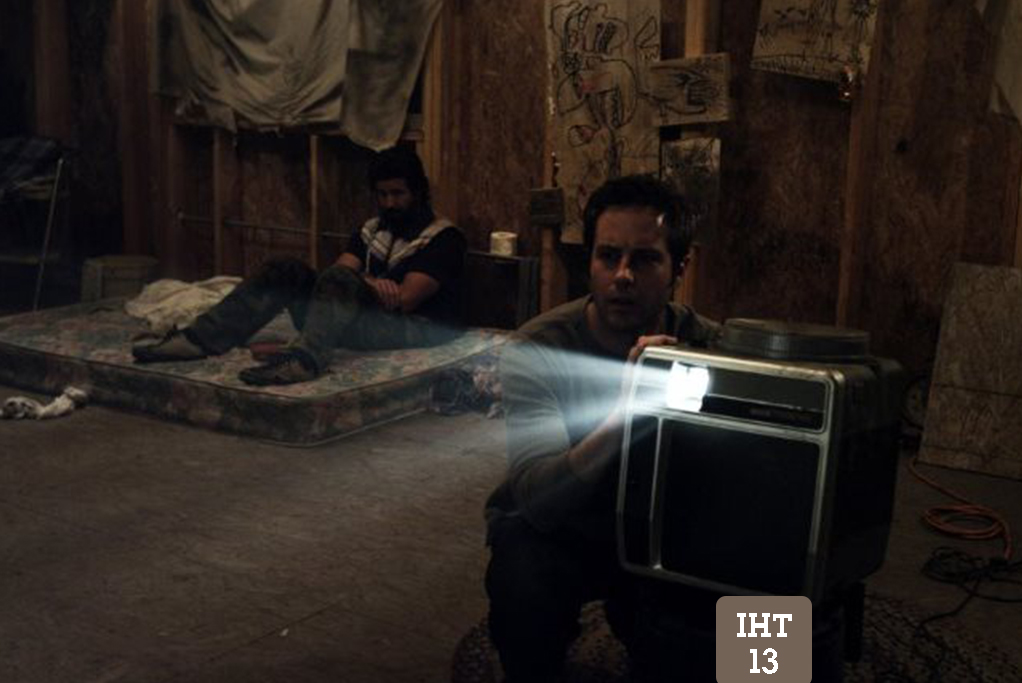 Benefiting from its likable main characters and deeply enigmatic antagonist, Resolution is one the least formulaic horror films of the past decade. This genre-meshing gem starts out about a friend’s attempt to help another friend overcome addiction and ends in a panic-inducing horror-thriller as the duo struggles to confront an omnipotent, unseen threat that manipulates reality.

With an estimated $1 million budget, Resolution had its world premiere at the Tribeca Film Festival April 20, 2012. Tribeca Film gave the film an initial limited theatrical release in 2013.

At release, Resolution was frequently compared to Joss Whedon’s Cabin in the Woods, which also contains a lot of self-referential elements and takes place in the archetypal cabin in the woods. However, writer-director Justin Benson seems to have focused more on developing atmospheric dread over overt scares.

Resolution is driven by the credible performances by its two charismatic leading men–Peter Cilella and Vinny Curran. Cilella plays Michael, a professional from the city who goes back to his hometown to save his junkie friend Chris, played by Curran. The detox plotline was introduced to give the story more structure so that the story could unfold over seven days. Benson was acquainted with a crack addict and used some of the addict’s ramblings as inspiration for his character’s dialog.

Particularly towards the titular final act, the chemistry between the leads becomes increasingly more engaging. Their conversations (and especially their confrontations) feel authentic, like two friends with a long, intimate history. And each of their roles in deciphering the mysteries of this post-modern horror narrative makes it easy to sympathize with them.

As the days pass and the forced detox takes effect, the two discover mysterious items like projection slides, photographs, journals, audio files and footage– all meticulously laid out for them to find. They begin suspecting that someone or something is purposely leaving them clues to figure out. Resolution is also unique in that you’ll rarely feel like you know more about what’s going on than the characters. As they’re trying to figure out the story, so are you. And that only adds to the film’s atmospheric sense of urgency.

There is no shortage of life-threatening oppositions in the film’s 93-minute run time. Opposition come in the form of two druggies who want their money from Chris and a tribal reservation security thug– each competing for the movies prime threat. But the terror of the film derives from a greater, more overwhelming force.

Resolution masterfully plays with its audiences desire to understand the mysterious force that abuses the main characters, and it provides us enough to keep us fully engaged without giving away too much and spoiling the thrill of attempting to piece together the story.

Resolution is everything that you didn’t know you wanted from a horror film. It is best watched with a group of friends who will be inevitably eager to discuss this film’s open-to-interpretation twists and finale. The ironically-named Resolution excels as a mind-bending classic with one of the most chilling endings to a horror movie, ever.

Resolution can be purchased cheaply on Amazon right here.