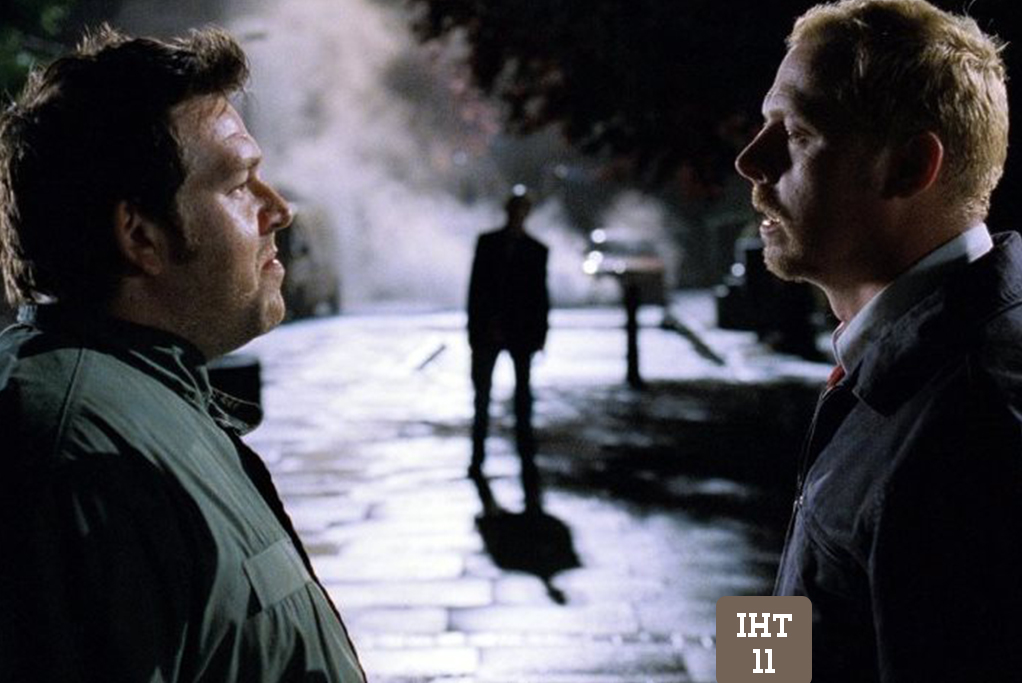 Shaun of the Dead’s 2004 release marked not only a hugely entertaining and at times frightening film, it was also an important one. The Edgar Wright-directed feature gave audiences a taste of what the creative force behind Shaun of the Dead (Wright, Simon Pegg and Nick Frost) would later become known for– producing films that use silly film plot devices to represent very human conflict.

With a budget of $6 million, Shaun of the Dead was shot entirely in London. In its opening weekend in the United States, Shaun earned $3.3 million, taking seventh place at the box office despite a limited release to only 607 theatres. The film has earned $30 million worldwide in box office receipts since its release.

Including a satirical action adventure film in a list about my favorite horror movies seems counter-intuitive until you watch Shaun of the Dead and find that many of its scenes are genuinely frightening. And it manages to honor classic Romero horror influences better than other modern films that are purely horror.

Shaun of the Dead was inspired by the Spaced episode “Art”, written by Pegg and directed by Wright, in which the character played by Pegg, under the influence of amphetamine and the PlayStation video game Resident Evil 2, hallucinates that he is fighting off a zombie invasion. Having discovered a mutual appreciation for Romero’s Dead trilogy, Pegg and Write decided to write their own zombie movie.

Like one the film’s spiritual successors, The World’s End, Shaun of the Dead uses the zombie-invasion to provide commentary on deeper societal issues– in this case, the zombies represent societal pressures to commit ourselves to mindless routines, even if we find these routines neither fulfilling nor enjoyable.

This is why it takes our hero, Shaun, so long to even notice that the zombie apocalypse has begun, as the mindless crowds of civilians consumed by repetition and unsatisfied hunger doesn’t seem particularly out of the ordinary. That is, until a few zombies make their way to Shaun’s backyard to position an attack.

The zombies are basically copied and pasted straight from Romero’s “Dead” series, and that’s something to appreciate. Wright and Pegg aren’t content on trying to reinvent the wheel in terms of developing a new kind of zombie. Romero’s zombies in modern London serves as the perfect environment for Shaun to battle his way to safety and out of the zombie-like rut that’s left him a miserable mess.

Pegg and Frost don’t stray far from the characters you’re used to seeing them play. Their performances are expectedly hilarious, natural and genuine– like the two best friends that Pegg and Frost are in real life. And Wright’s direction is similarly effective, building tension to surprising lengths before allowing Pegg and Frost’s superb on-screen chemistry to lighten the mood with laugh-out-loud meta comedy.

Shaun of the Dead is a sleek, horror-comedy hybrid that effectively treads new horror movie territory where too few films are brave enough to venture. It manages to seamlessly shift from horror to comedy to action adventure with peerless, b-movie charm.

Shaun of the Dead can be purchased cheaply on Amazon right here.