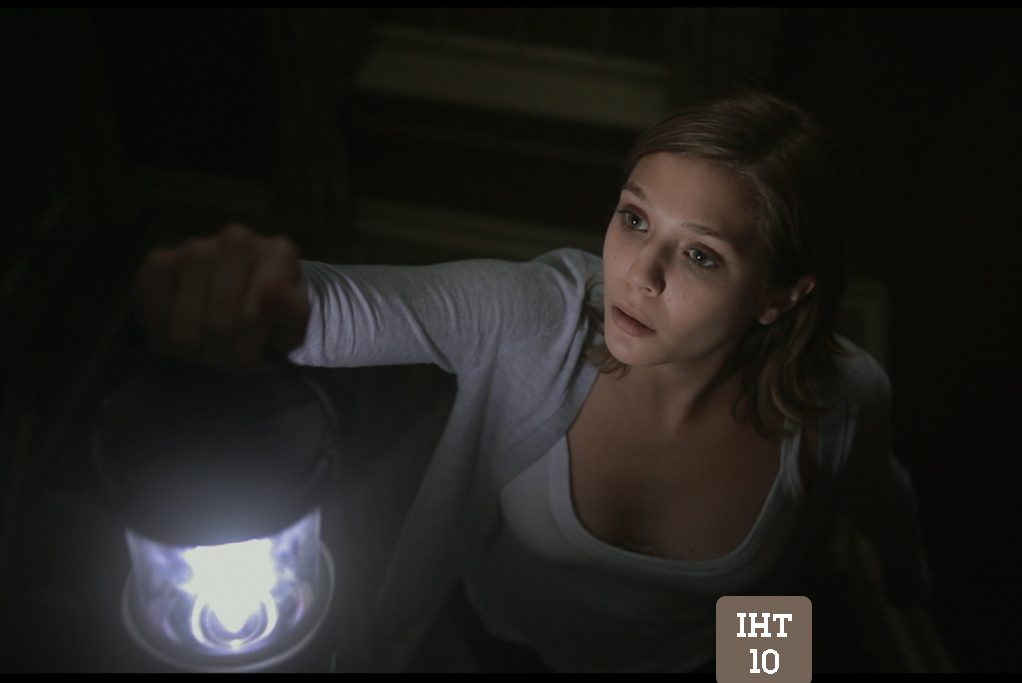 Husband and wife director-duo Chris Kentis and Laura Lau provide viewers an intimate look at the horrors found within a young woman’s mind in the 2011 psychological horror-thriller Silent House.

Based on the Uraguayan film La casa munda (The Silent House) and supposedly inspired by true events, the $2-million-budget film was shot with Canon EOS 5D Mark II cameras in late 2010 in New Rochelle, New York. The world premiere of the film was at the 2011 Sundance Film Festival, as part of the “Park City at Midnight” program. It was released in theaters in the U.S. the next year.

Silent House follows Sarah (Elizabeth Olsen) as she revisits her childhood family vacation home with her father (Adam Trese) and uncle (Eric Sheffer Stevens) to prepare to sell the property. As the sun begins to set, Sarah finds herself being terrorized by an intruder inside the house.

The film has a distinct, dreamlike eeriness that lingers though the entire 88 minutes, and is only intensified by the director’s use of manufactured real-time footage. This style of cinematography follows a plot that spans the same amount of time as the film itself, and stylistically makes Silent House appear as if it was shot in one take. Though the filming style is not frequently used, is is well-known from Alfred Hitchcock’s 1948 film Rope–a film that Kentis and Lau looked to for inspiration.

With the camera locked on Sarah and following her rapid movements from room to room, Silent House seemingly uses the house itself to represent Sarah’s search for the truth within the clouded maze of her mind. And because most of the film takes place inside the dark house, the real-time footage brings a sense of claustrophobia onscreen.

While the beginning of the film features cheesily-delivered dialogue between Trese and Stevens, it’s Olsen’s consistently sharp and impressive acting that carries the rest of the film, and leads Sarah to a self-discovery that Olsen disturbingly authenticates. Silent House resonates, because we’re able to watch her attempt to piece together shrouded moments of her past that parallel to what’s happening in the titular house.

Silent House provides viewers with a few similarities to other films, and is at times reminiscent of Bryan Bertino’s 2008 The Strangers and Alejandro Amenábar’s 2001 The Others. However, with its seamless execution and Elizabeth Olsen’s forceful role commitment, Silent House is a frantic horror-thriller with enough originality to overshadow it’s sometimes exhausting atmosphere.

Silent House can be purchased cheaply on Amazon right here.