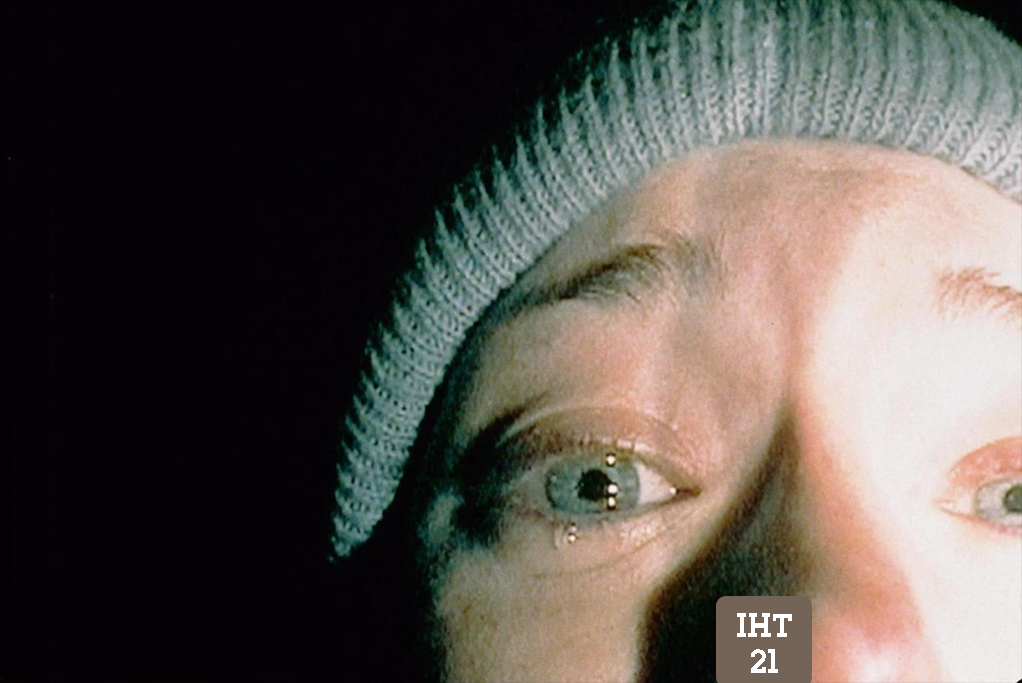 The Blair Witch Project marked a milestone in film making, not only for its distinct found-footage style but also for its innovation in marketing and unprecedented box office performance. Since 1999, many horror films have attempted to replicate the now legendary scares that made The Blair Witch Project the most effective homemade horror movie ever made.

In the film, the Blair Witch mythos is told by the locals of Burkittsville, MD. According to legend, Rustin Parr was a hermit who kidnapped children in pairs and brought them to his basement in the woods. He would force the one child to face the corner and listen as he murdered the other child, claiming that he couldn’t stand anyone’s eyes on him as he took a life. Parr later turned himself in, pleading insanity and claiming that the spirit of Elly Kedward, a witch hanged in the 18th century, had been terrorizing him and promised to leave him alone if he murdered the children.

The film was shown at the 1998 Sundance Film Festival, and released by Artisan in 1999 after months of publicity, including a ground-breaking campaign by the studio to use the Internet to help suggest that the movie was a record of real events. As these tactics were new forms of marketing at the time, many believed the Blair Witch Project to be a factual retelling.

The Salem Witch Trial accounts and Arthur Miller’s The Crucible were inspirations for the legend, playing on the themes of unjust torture and death directed at those who were labeled witches. However, the Blair Witch mythology isn’t discussed deeply enough to make these parallels meaningful or apparent to viewers.

Filmed in Seneca Creek State Park in Maryland, the setting and acting play major roles in how convincing the narrative feels. The three actors, who are mostly improvising their dialogue and use their real names, are actually stuck for eight days in a wooded terrain that they’re entirely unfamiliar with. Their amateurish camera work and immature behavior is sometimes a bit irritating, but this makes it easier to sink into the film’s chilling deception.

Influenced by producer Gregg Hale’s memories of his military training, in which “enemy soldiers” would hunt a trainee through wild terrain for three days, the directors moved the actors at great length during the day, harassed them by night and deprived them of food. “If we’ve physically and mentally abused them enough in the process of getting them up to those intense moments at the end, then they’d be able to tap into emotional places that they wouldn’t otherwise be able to tap into,” said Hale. It worked.

Each character has a unique personality, but they’re all initially ambitious about their decision to dedicate days to uncovering the mysteries of the fabled witch. Their youthful energy draws audiences into the film early on, and makes it slightly easier for the audience to root for their survival.

It’s difficult to imagine a situation where The Blair Witch Project could have been filmed with a larger budget and still be as unsettling as it was. Daniel Myrick and Eduardo Sanchez brilliantly embraced the essentially non-existent budget, making the fictional characters in the film also struggle with these same constraints. The supernatural forces that taunt the protagonists of the film never make any special effects-driven appearances. Much of the encounters happen with the camera turned away or turned off, leaving more to the imagination.

Some were disappointed by never getting to see the titular witch, but that’s one element that makes the film so effective– the antagonist exists entirely off-screen. What isn’t seen is often scarier that what you do see. And because the mythos is open-ended, the final scene is fun to speculate. The Blair Witch Project is engaging because it encourages discussion.

The Blair Witch Project can be purchased cheaply on Amazon right here.