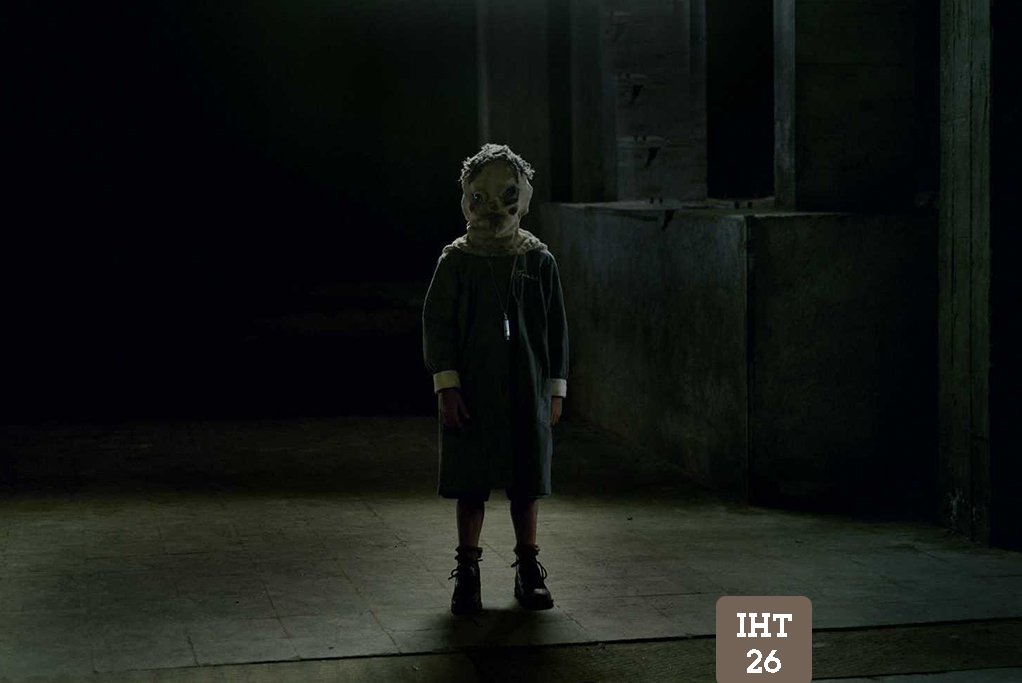 If ever there were a film that all horror films should strive to live up to, it’s the Spanish masterpiece The Orphanage, which premiered at the Cannes Film Festival in 2007 to a ten-minute ovation.

The film’s script was written by Sergio G. Sánchez in 1996 and brought to the attention of Bayona in 2004. Bayona asked his long-time friend, director Guillermo del Toro, to help produce the film and to double its budget and filming time. It was produced with a $4 million budget.

The plot centers on Laura, who returns to her childhood home, an orphanage. Laura plans to turn the house into a home for disabled children, but a problem arises when she and Carlos realize that her son Simón believes he has a masked friend named Tomás with whom he will run away. After an ominous masked garden party to inaugurate the new facility, Simón vanishes as Laura begins experiencing supernatural encounters with the orphanage’s unrest spirits.

The Orphanage is comparable to Alejandro Amenábar’s The Others, which also contains distinctively Spanish influences, takes place mostly in a massive old house and focuses on rebellious, special-needs children. Every item and every sound in the house forces you to imagine what might lurk in the shadows of the house. The Orphanage is a slowly-revealing haunted house mystery that treats its audience like intelligent adults who are capable of using a little imagination. Although, that doesn’t make the film any less accessible.

The Orphanage’s references to classic children’s tales lend to the film’s sense of child-like innocence and vulnerability. The ghosts of the orphanage correspond with the story of Peter Pan, who never grows into an adult and never knows his real parents. Additionally, Simón helps his imaginary friend find his way home by leaving a trail of seashells, similar to Hansel and Gretel’s trail of bread crumbs. These spiritual parallels contribute to the fantasy-inspired motifs.

The Orphanage is propelled by its determined female lead, Belén Rueda, whose relentless efforts to uncover the mysterious disappearances of the orphans who lived in the building and bring her son home move the story forward. Laura’s journey is messy and heart-breaking. She desperately seeks answers regarding the disappearance of her son without realizing that she’s also looking for closure with her own childhood trauma. Rueda shifts through these different emotions– guilt, anger, helplessness and frustration– with peerless grace.

Del Toro’s hand in crafting this film is always evident. Like Pan’s Labyrinth and The Devil’s Backbone (which also takes place in an orphanage), the horror is emphasized with a surreal sense of dread. Themes of parental guilt and childhood trauma both play major roles, contributing to more resonant terror. The Orphanage heavily invests in its characters early on, making it easier to feel like their fate matters.

Utilizing minimal special effects, The Orphanage is an effective showcase of old-school scares. Fans of 1970’s Spanish horror cinema will notice little details that reference the genre’s past, proving that creepy masks, dolls and dark cellars are more terrifying than gore and jump scares. The scares in  The Orphanage are more horrific in reflection than they are in the moment.

Later, a scene depicting a time-warping seance heightens the stakes and transitions the film from a mostly grounded haunted house mystery to a frantic horror-thriller. Before, the mansion’s many creaks and moans suggested spiritual unrest. Simón is sometimes shown in a dark coastal cave talking to someone just out of the frame. But as the film circles its superbly-executed conclusion, the ghostly inhabitants become more confrontational.

Beautifully choreographed and impeccably scripted, The Orphanage is a melancholy ghost story that manages to be as poetic as it is terrifying.

You can order The Orphanage on Amazon right here.