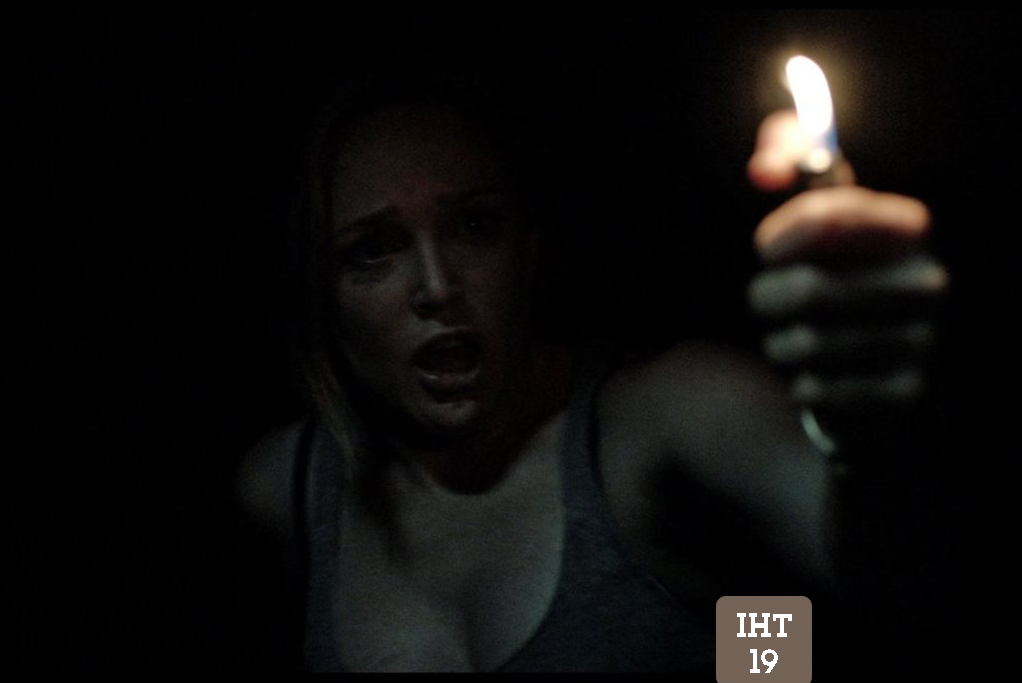 Acting as part haunted house horror and part murder mystery, The Pact follows 20-something-year-old Annie, whose mother has recently died, as she tries to discover what caused her sister and cousin to disappear. She reluctantly returns to her childhood home, where she’s confronted with an unseen spirit that attacks her. Subsequently, something otherworldly begins present her with clues that may uncover a chilling family secret.

The film premiered at the 2012 Sundance Film Festival on January 20, opening to generally favorable reviews. The film was released in the U.S. on June 6, 2012 in select cinemas.

The acting, mostly from Caity Lotz, is often distractedly poor. Lotz, who started her career as a dancer, touring with Avril Lavigne and Lady Gaga, had never played more than a background role in a film. This says a lot about director Nicholas McCarthy’s faith in the young actress. Her dramatic acting feels thoroughly amateurish, but her performance improves for the scenes that matter.

Similarly, the pacing during the first two acts (the haunting murder mystery) before transitioning into the film’s gripping final thirty minutes. The Pact was adapted from a short film by McCarthy in 2011; it seems at times that the filmmaker had enough material to develop a feature film. The Pact has a run time of 89 minutes, but it feels like it could have benefited from some trimming or more compelling subplots.

The Pact uses its characters’ modern technology to provide some old-school scares. In one scene, Annie has a nightmare from sleeping in the haunted house, while her cell phone pinpoints a location on her smart phone’s map. Later, a supernatural entity is able to contact visitors of the house with a floating hand only visible through the lens of a camera. But most of the film’s terror is derived from scenes involving peepholes, which provides a sense of tense paranoia. These scenes are the highlight of the film that will have you jumping out of your seat.

Much of the narrative is about family secrets. Annie doesn’t seem to have fond memories of her childhood nor the way her mother treated her. The shocking twist that’s revealed towards the end of the second act validates The Pact as a terrifying horror film that rewards its audience for enduring some of the film’s earlier tedium.

The Pact contains no shortage of nice little subtleties and subtext. Why is one of Annie’s eyes blue and the other green? One thing that I tried to figure out the entire film was why the film was titled “The Pact.”  I eventually had to Google this to figure it out (and found the answer here).

A great deal of the mystery is involved with its somewhat open-ended conclusion that might leave you wanting more. But it strikes a nice balance between explaining too much and being overly cryptic. It should be a lot of fun to watch this film with a small group of horror movie fans who may want to discuss some of The Pact’s unanswered questions.

The Pact can be purchased cheaply on Amazon right here.