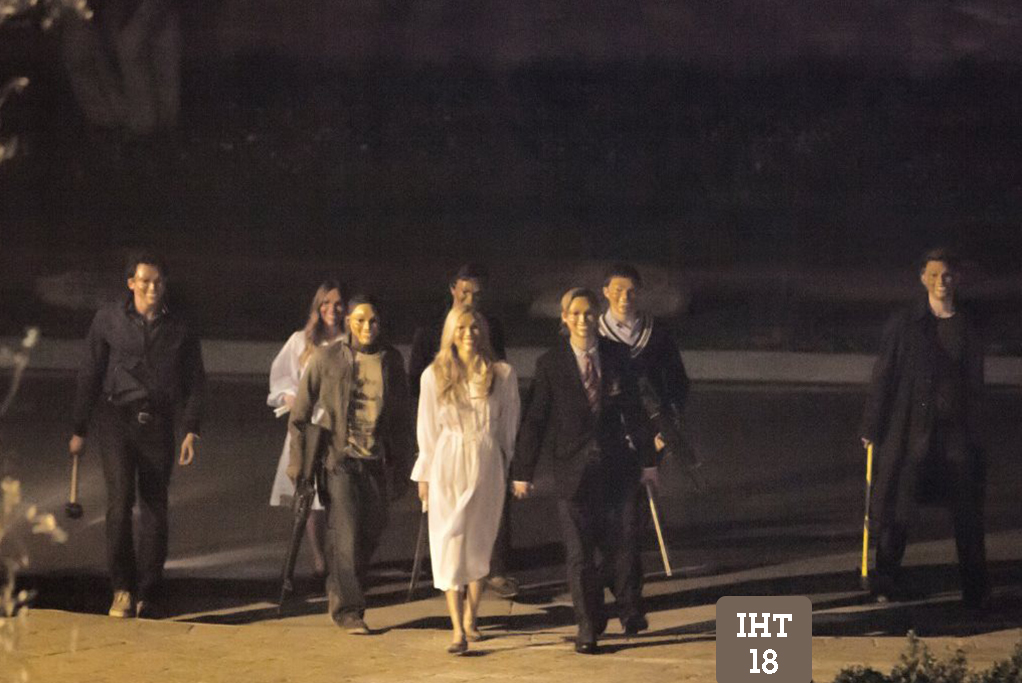 What would you do if for 12 hours all crime became legal? The Purge takes this social Darwinism gone awry premise and uses it as a backdrop for a bloody home invasion. The James DeMonaco-directed effort is at times thought-provoking, sometimes upsetting and always thrilling.

Produced with an estimated $3 million, the film premiered at the Stanley Film Festival on May 2, 2013 and released in theaters in the United States one month later.

The Purge takes place in 2022, when the United States runs under strict totalitarian rule from the “New Founding Fathers of America.” Unemployment and crime rate are at 1 percent, and the economy is at an all time high. This is supposedly explained by the newly-ratified amendment that created the annual Purge. The Purge occurs every year from 7 p.m. on March 21 to 7 a.m. on March 22. During that time, any known crime is legal, and all services (police, fire department, hospitals and emergency rooms) are closed. It is said to act as a catharsis for the citizens.

The premise seems like it’d be difficult to process, but The Purge manages to sum up the backstory in the introductory sequence. If anything, The Purge should be lauded for its ideas alone, especially considering how upsetting they might be to the politically radical. Members of the far left will see it and undoubtedly want to ban guns; members of the far right might see The Purge and think it’s a good idea.

But if you’re looking to for a macro, bird’s eye perspective of The Purge, you won’t see much of that until the sequel. The first act of The Purge zeros in on one family and is structured as a home-invasion. The film begins hours before the annual Purge commences, security system salesman James returns to his home in an affluent Los Angeles suburb to with his wife Mary and their two children.

James’ plan was simple– to lock up their home before 7 p.m. and wait while all over the streets of L.A. purgers tear each other apart. That plan falls apart when James’ son Charlie sees a wounded man on their security monitor crying for refuge. Charlie disables their security system long enough to let him in, much to James’ disapproval. The family discovers that the man they let in happens to be the prime target of a group of psychotic masked purgers.

From there, narrative inspiration takes a dip into more familiar territory. A family has given sanctuary to a homeless man whom a blood-thirsty mob wants to slay. After that plot line is established, the purge setup takes a backseat.

Glimpses of sociopolitical commentary are scattered throughout, but never in a manner more intelligent or thoughtful than in popular Hunger Games-style young adult novels. Brief news segments address some controversy regarding the annual Purge, but the nation seems mostly unified in the belief that purging once a year is better than not. “Incoming reports show this year’s Purge has been the most successful to date, with the most murders committed,” says one television reporter.

The believability of this mass moral delusion is shifty, but the actors do a good enough job selling it. Charlie asks James why he doesn’t participate in the Purge, to which he simply responds that he doesn’t feel the need. So there’s never much exploration into James’ motivation.

The antagonists are even more two-dimensional. Many are stereotypical ivy-league fraternity guys. It’s not stated outright but strongly implied that the Purge was instated for the elitist class to participate in artificial population control to murder the poor or homeless.

Ultimately, The Purge rarely makes any truly poignant comments with its ambitious what-if premise about our carnal thirst to seek lynching justice towards those we believe society would be better off without. What do the actions of purgers say about our attitudes towards those outside of our demographic class? This question is more teased than answered, but it’ll leave you with a lot to think about.

The Purge is still a thoroughly shocking and violent home-invasion flick with a compelling twist. The first installment made $87 million worldwide (about 30 times its budget), so production heads are sure to green-light numerous sequels over the coming years. And I personally can’t wait.

The Purge can be purchased cheaply on Amazon right here.