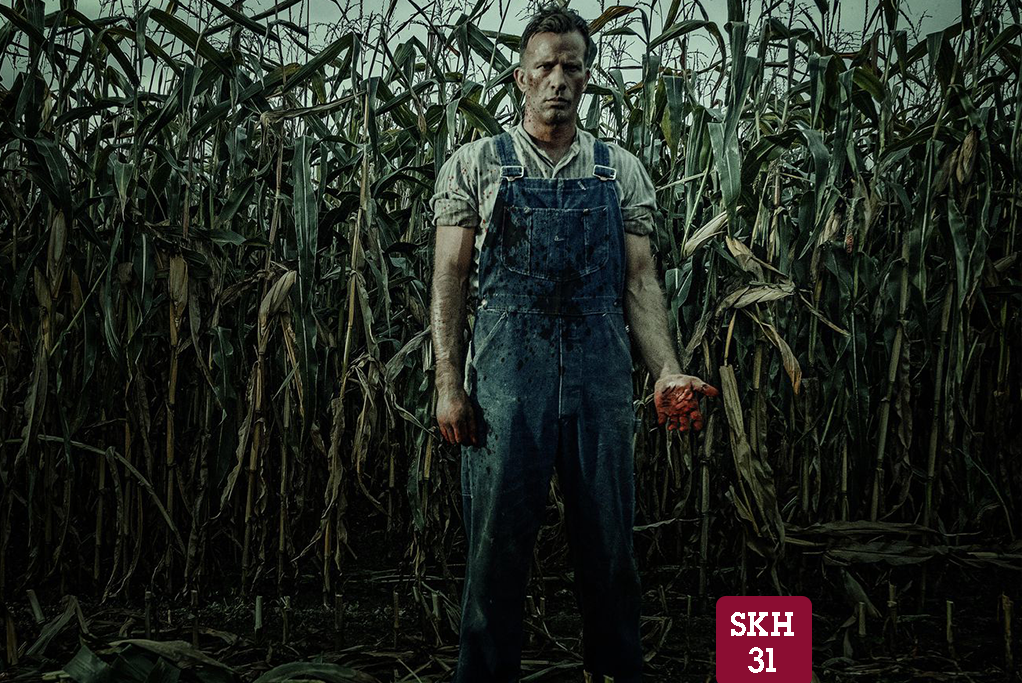 Here, we’ve arrived at the most recent cinematic of adaptation of Stephen King’s work, 1922, released in 2017– which I believe to be the best year for King adaptations in the 42 years since the release of Carrie. 2017 marked the release of three exceptional big screen adaptations of King’s horror fiction (It, Gerald’s Game, and 1922 respectively).

If Stephen King wrote his own version of Edgar Allen Poe’s “The Tell-Tale Heart,” it would probably read a lot like 1922. The 131-page novella was published in 2010’s Full Dark, No Stars. The story is told entirely from the first-person perspective of a man confessing to the murder of his wife on their farm in Nebraska. Slowly, the guilt of the murder and the ghost of his wife haunt him and drive him to madness.

Henry James: I can’t pray now, or ever again. I think if I got down on my knees God would strike me dead. I hope there is no god. I imagine all murderers hope there isn’t, because if there’s no heaven, then there’s no hell.

The horror drama centers on corn farmer Wilf, his wife Arlette, and their 14-year-old son Henry. Wilf and Arlette have splintering visions for their family’s future, with Arlette wanting to sell the farm and move to the city and Wilf despising city life and wanting to keep the land until it’s time to pass it along to his son.

Their differing family goals grow wider until Arlette threatens Wilf with a divorce– believing that their son Henry would side with her and pick the city life, leaving Wilf alone on his farm. However, Henry has no desire to move as he’s developed a romantic relationship in a local farm girl. Furthermore, Wilf constantly shit-talks Arlette to their son in an attempt to turn him against her.

Wilf pretends agrees to Arlette’s demands to sell the farm and move their family to city. But secretly he plots to murder her with the help of Henry. One night when Arlette is intoxicated after some celebratory drinks, Wilf and Henry spring into action with Henry smothering his mother’s face with a pillow while Wilf stabs her to death. They bury her body is a well and tell the local sheriff that Arlette left them for the city.

Thomas Jane plays the role of the brooding Wilfred superbly. You can see in his eyes and every wincing facial expression this intense fear– at first at the idea of his simple agrarian life being taken from him and later at the possibility of his crimes coming to light.

Narratively, 1922 is familiar territory for Stephen King fans. Middle-aged man becomes the victim of his own selfish desires after those cravings prompt him to act violently. It’s a been a reliable formula since King wrote The Shining. But it’s a set-up that’s just as satisfying now as it was then– especially with 1922’s addition of gorgeous, lingering shots of the story’s haunting agrarian setting.

With a runtime of 101 minutes, 1922 is a pretty slow-burning (or should I say slow-rotting?) horror drama. But those who have the patience and attention span to relish in the details and emotion that ooze from every line of 1922’s script are rewarded with cleverly told story of a tormented farmer running away from karma.

“1922” is available to stream exclusively on Netflix. And be sure to check out the other entries in the Stephen King Horror-Thon right here on Horror Theory