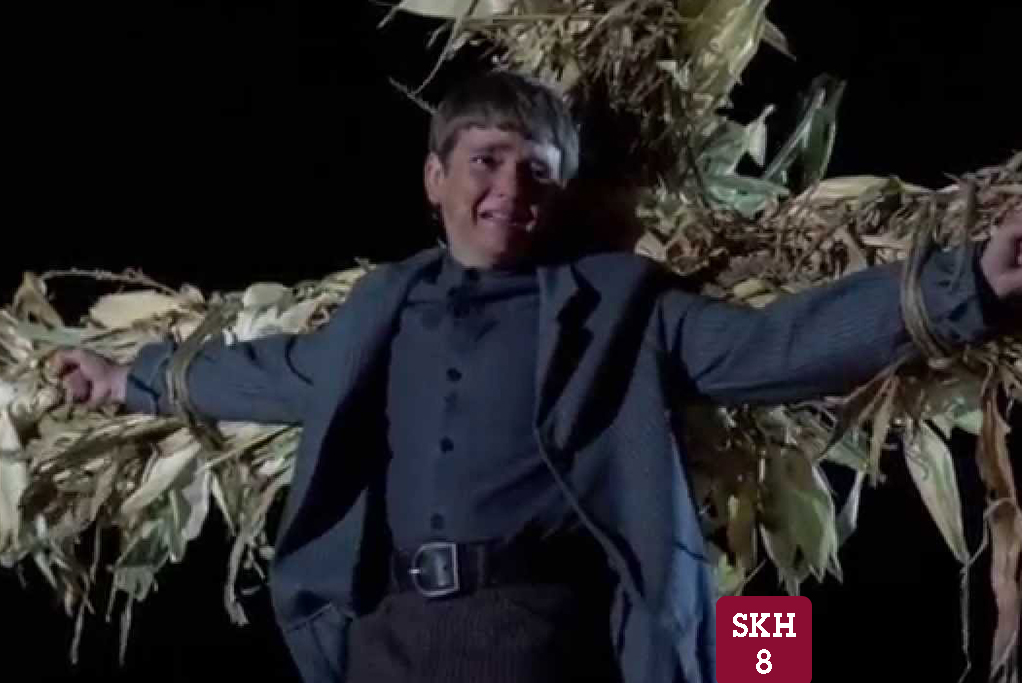 In case Stephen King didn’t make it clear with Carrie, the Maine-based author doesn’t care much for small-town religious fundamentalism. With the release of Children of Corn, all doubt should be cast out.

Unlike the short story and original script that Stephen King penned, this film tells the story through the perspective of two psychic children, Job and Sarah, who are the only residents in a small agrarian town in Nebraska who refuse to participate in the community’s children-led cult. 12-year-old Isaac leads the religious cult, which is based on an angry diety who lives in the corn fields named, “He Who Walks Behind the Rows.” Isaac indoctrinates all of the children 18-years-old and younger into savagely murdering all of the adults in the town.

When adult boyfriend and girlfriend Burt and Vicky drive through town in order to reach Seattle, where Burt has accepted a new job. When they accidentally hit a boy fleeing the cult with their car, they stop to get help and investigate but quickly find themselves deeper and deeper into the cult’s violence.

One common complaint from critics and horror fans alike is that Children of the Corn squanders that compelling first act that seemed to set-up a malevolent story. Instead, the second and third acts never really deliver– delving into some humdrum plot points that never really elevate the stakes to where you’d expect from a story involving a child-run cult.

The little special effects that are present in Children of the Corn are pretty tacky, even by 1980s standards. And they have aged just as poorly as you might expect. In one scene, the a cult member is enveloped in a demonic glow that swallows him whole. And it’s pretty cringe-inducing.

The mythology of Children of the Corn is interesting– if you don’t really put too much thought into it. But it’s easy to imagine how the film could have made the supernatural elements more compelling. Towards the end of the third act, it is revealed that (surprise, surprise) the demon that has possessed the small town is somehow fused with the cornfield. And in order to put an end to the demon’s reign, they must set the cornfield on fire.

Sarah: But he’s always been here, just like He Who Walks Behind The Rows.

Of course, the film leaves the ending and the demonic lore vague and open-ended enough for sequels, of which Children of the Corn received nine (including a reboot in 2009). This is surprising considering how poorly Children of the Corn did with critics. None of the sequels had Stephen King attached, and only the first sequel was even connected to the narrative of the original.

With the most recent sequel, Children of the Corn: Runaway, released earlier this year, there is little indication that the longest-running Stephen King horror film series will be slowing down (or improving in quality) any time soon. But if you’re looking for an adequate child cult horror flick with a solid plot and some genuinely creepy moments, Children of the Corn is worth a rent.

“Children of the Corn” is available on DVD, blu ray, and digital download here on Amazon. And be sure to check out the other entries in the Stephen King Horror-Thon right here on Horror Theory!