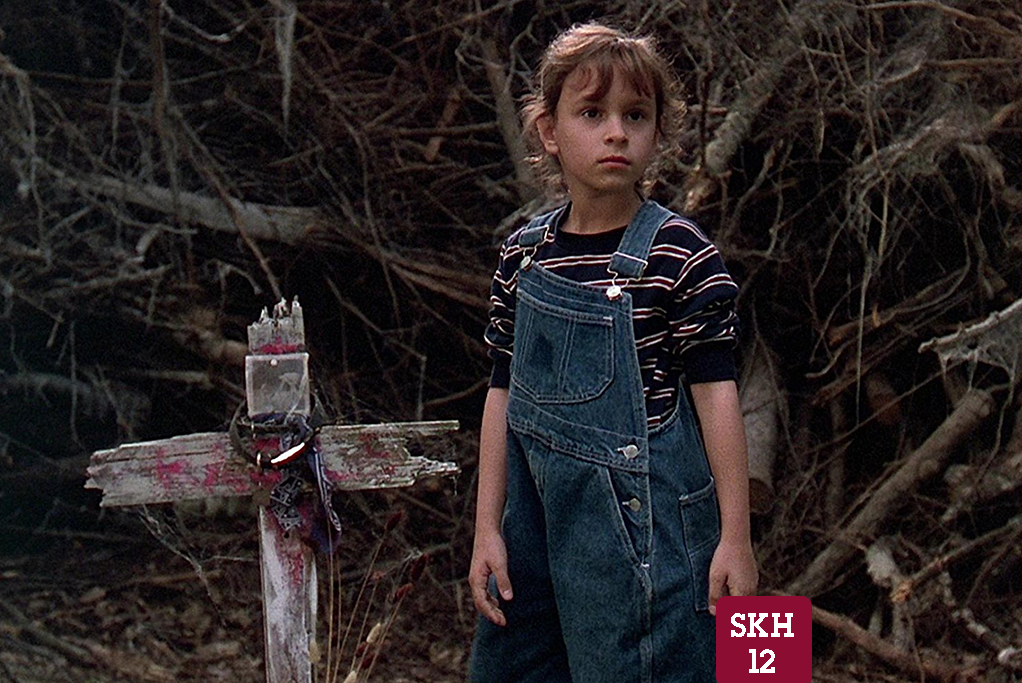 In 1989, Pet Sematary made horror movie history, as the first Stephen King horror adaptation to be directed by a woman (Mary Lambert). And it’s still one of the biggest horror movies ever made by a female director. Despite a tepid response from critics initially, Pet Sematary is a moody Stephen King classic that packs a tame but dread-inducing punch that lingers with you much longer than most other horror films.

Pet Sematary follows a family (Louis, Rachel and their kids Gage and Ellie) who moves from the city to a rural area of Maine when Louis accepts a job at a nearby university. With the help of their elderly neighbor Jud, the family discovers a cemetery of diseased pets behind their home. Jud explains that neighborhood children created the cemetery to memorialize their own pets– as well as animals that were killed by cars on the nearby highway.

When the family cat, Church, dies from a car accident, Jud instructs Louis to bury the cat beyond the cemetery into the woods– despite Louis previously experiencing visions specifically warning him not to visit the forest beyond the cemetery. The next day, a zombie-like Church appears resurrected– but it behaves aggressively, smells terrible, and moves sluggishly around the property.

Mortality is the key theme of Pet Sematary– specifically how we address mortality and some of the great lengths we go through to deny or postpone it. Louis is a father figure who’s easy to sympathize with, which makes the decisions he’s presented with all the more mortifying. In the end, the film shows the ugly consequences of trying to circumvent death– although, some critics reacted unfavorably to the film’s final act, which shifts into some mindless slasher territory.

Lambert deserves much of the credit for her delicate and deeply connected direction of the characters. Lambert uses the first act to establish the Creeds as an idyllic family unit whose move to their new house next to a pet cemetery seemed inconsequential to the home they were building together. So when the tragedies befall them later in the film, you were already invested in their potential to pull through.

Jud Crandall: [narrating] The person you put up there ain’t the person that comes back. It may look like that person, but it ain’t that person. ‘Cause… whatever lives in the ground beyond the Pet Sematary ain’t human at all.

Pet Sematary builds masterfully to its final act. And unlike some Stephen King horror film adaptations of its time, Pet Sematary has aged remarkably well. The death of Church is still shocking, and the death of Gage is still devastating. The way that Louis struggles with the decisions of whether to mourn the death of his son or take on the risk of having him resurrected in a vaguely-demonic form still feels just as weighty and distressing as it felt at the film’s release nearly three decades ago.

“Pet Sematary” is available on DVD, blu ray, and digital download here on Amazon. And be sure to check out the other entries in the Stephen King Horror-Thon right here on Horror Theory!