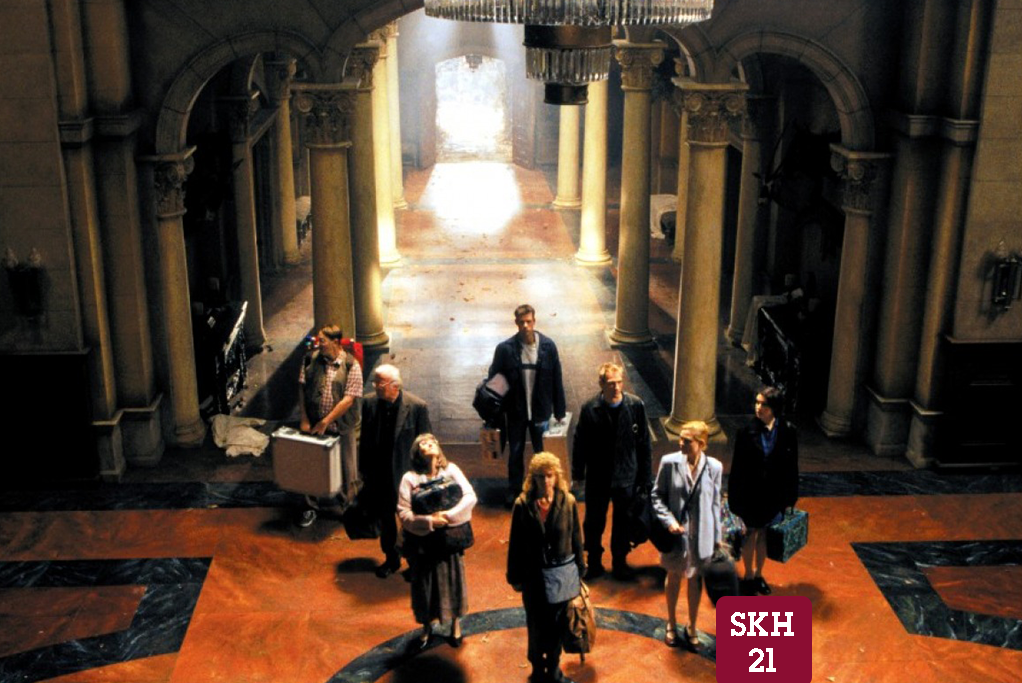 2002’s Rose Red television miniseries revolves around a haunted mansion that has a mind of its own– rearranging its architecture, adding new rooms as time goes by. Sound familiar? Then you’ve probably heard of the Winchester Mystery House in San Jose, California– which was also the inspiration of another horror movie, Winchester, one of the most disappointing horror movies of this year.

Stephen King had hefty ambitions when he drafted Rose Red’s script– first pitching it to Steven Spielberg in 1996 as a feature film in the same vein as Robert Wise’s The Haunting. But after 1999’s critically panned adaptation of The Haunting, King revised the script and molded it into a miniseries instead with the newly-revised script more closely borrowing from Shirley Jackson’s novel, The Haunting of Hill House.

Later, Spielberg departed from the project when he and King began disagreeing about the tone of the miniseries, with Spielberg favoring thrills over horror. The directorial reigns were eventually handed over to Craig R. Baxley (who directed Storm of the Century and later directed Kingdom Hospital).

The three-night television series opens with Dr Joyce Reardon, who believes strongly and controversially that an old mansion in Seattle called Rose Red proves that paranormal phenomena is real and can be recorded in a scientific way. She agrees to lead a team of psychics into the mansion in order to record their experiences and prove that the mansion contains record-able supernatural happenings.

Rose Red aired to mixed reviews, with many noting the miniseries lack originality and poorly-realized characters. Rose Red contains a large cast of characters, each with their own (usually dark) backstories. But their motivations for their actions in Rose Red don’t hold up well to analysis. In the end, there are no characters who you really feel you can care about.

It’s easy to imagine how the miniseries could have been more effective had it remained condensed as a feature-length film. While Rose Red undeniably shows potential to be a thoroughly chilling haunted house thrill ride, it never quite lives up to that potential.

“Stephen King’s Rose Red” is available on DVD, blu ray, and digital download here on Amazon. And be sure to check out the other entries in the Stephen King Horror-Thon right here on Horror Theory.