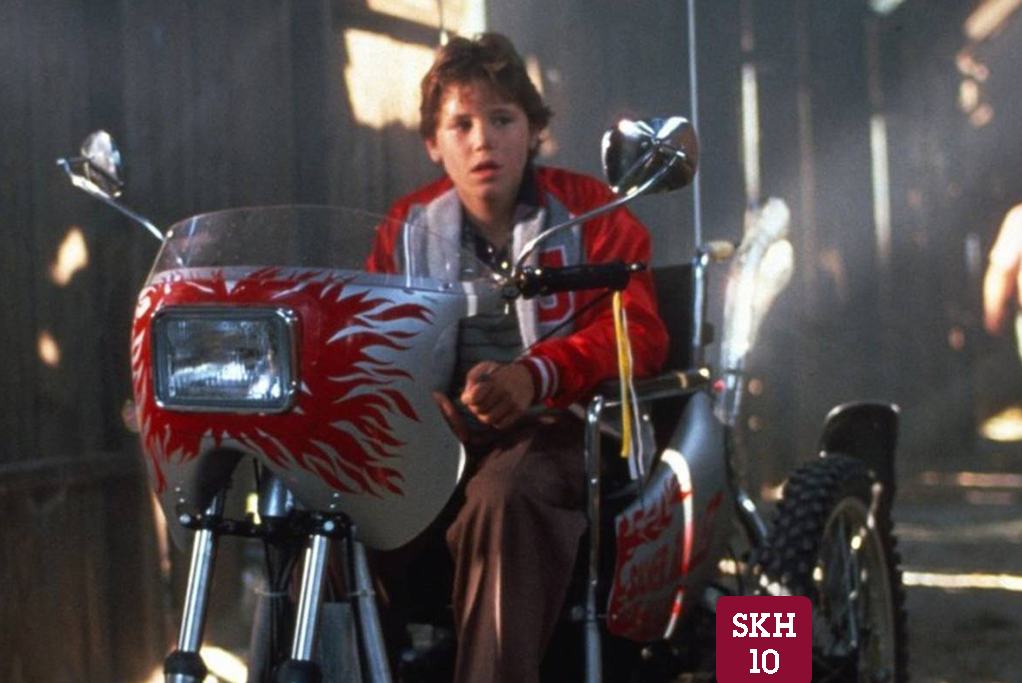 In 1985, Stephen King’s tenth film adaptation– and one of his most derivative at that point– was released. And while it pales in comparison to its werewolf horror peers at the time, like An American Werewolf in London or The Howling, Silver Bullet brings enough fresh ideas to the table to recommend a viewing.

The film takes place in a small rural town in Tarker’s Mills, Maine in the spring of 1976. People in the town begin to show up brutally murdered. The audience sees that its the doings of a vicious werewolf, but this is unbeknownst to the townfolk, who are growing increasingly frustrated with the town’s police force’s inability to make any progress on the case of serial murders.

As a result, a local gun shop owner forms a vigilante justice group– dead set on figuring out who is responsible for the murders and putting an end to them. Meanwhile the towns local pastor, Reverand Lowe, attempts to persuade his congregation not to react too brashly during such violent times– while simultaneously having mysterious dreams involving werewolves.

For the time (just 33 years ago), it was pretty progressive to have the protagonist played by a kid in a wheelchair– especially one who plays such an active and heroic role. Not only is he the only person in the town who seems sharply determined to solve the case of the town’s mysterious disappearances and deaths, his custom wheelchair, Silver Bullet, is the namesake of the film. This is suggested to be a metaphor for Marty overcoming his disability with determination.

The acting from the film’s primary characters are consistently solid– even Busey who fittingly and believably plays a drunk buffoon. However, some of the acting from subplots are a bit cringe-inducing, including one involving a woman who resolves to commit suicide after getting pregnant out of wedlock and having the father dessert her. The seriousness of the subplot coupled with the heavy-handed, melodramatic acting was weird to watch.

Like with so many Stephen King films (in the horror genre and otherwise), Silver Bullet shines when it comes to presenting fleshed-out characters in the film’s small town. It’s easy to believe that Marty has spent his entire life adapting to living in a wheelchair– just like it’s easy to believe Busey’s character has spent his entire life disappointing his family, despite his kind, child-like heart.

Silver Bullet manages to remain titillating and suspenseful in revealing the truth behind the town’s brutal murders, despite the audience already knowing what’s really going on. Watching the protagonists slowly put the pieces together is satisfying.

Marty Coslaw: You know who used to have a baseball bat like that? Mr. Knopfler.

Jane Coslaw: It looked like Bigfoot had used it for a toothpick!

Of course, with any werewolf movie, the special effects can make or break the film. Fortunately, director Dan Attias understands that when it comes to showing the werewolf, less is often more. The werewolf’s transformation and kills are shown in tight shots with pretty simple, minimalist special effects.

Silver Bullet is pretty silly, which is either its downfall or saving grace depending on your preference for horror films that tread the line between genuine and self-parodying. When the film released, Roger Ebert believed the film to be a parody of Stephen King’s novella– ultimately giving it a three out of four stars and calling it “bad in its own awesomely tasteless and bubble-brained way–so bad, I think every laugh was put in lovingly, by hand.”

Personally, I’m not so sure about that. Regardless of whether or not the parts of the film Ebert was chuckling at were designed to be that way, I found Silver Bullet’s odd humor and sentimentality to be thoroughly enjoyable. With the right expectations and a preference for fun over scares, Silver Bullet is Stephen King horror adaptation worth your time.

“Silver Bullet” is available on DVD, blu ray, and digital download here on Amazon. And be sure to check out the other entries in the Stephen King Horror-Thon right here on Horror Theory!