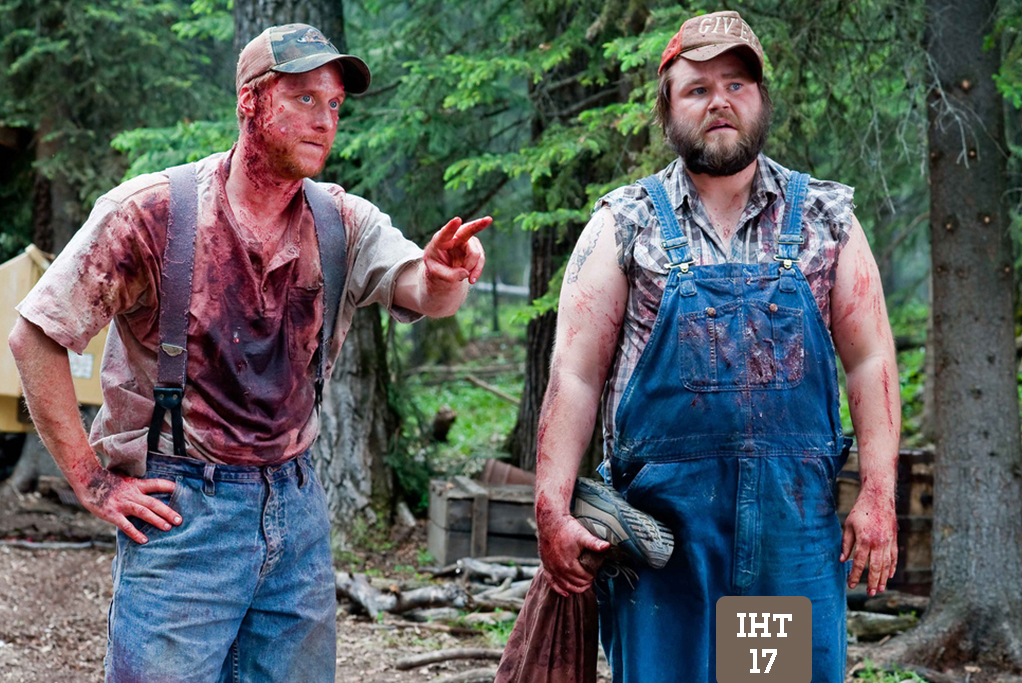 At first glance, “Tucker & Dale vs. Evil” seemed doomed to suffer from the same banalities of other flicks in the horror/comedies genre. A van full of stock college kids rolls into the back roads of hillbilly country where they meet two seemingly dangerous rednecks (Tucker and Dale) who come off as less than welcoming.

Fortunately, that’s where the genre clichés end. Tucker & Dale vs. Evil took horror classics like “Evil Dead” and “The Texas Chainsaw Massacre” and turned the hackneyed formula on its head, switching roles and parodying its own genre in the process.

Without giving away too much, Tucker and Dale are two best friends on vacation at their mountain vacation home. An unfortunate series of misunderstandings leads a group of paranoid college kids on a hunt to take down Tucker and Dale in order to rescue their not-so-kidnapped friend.

The Eli Craig-directed horror-comedy delivers all the over the top characters and situations that make up its blood-soaked shell. But unlike lesser films of the same genre (including and possibly especially bigger-budget movies), “Tucker & Dale vs. Evil” delivers on the unexpected, heart.

Without growing overly sentimental, Tucker & Dale vs. Evil is, at its heart, a bromance about the harmful (and in this case) deadly results of prejudices. The titular characters are victims of the stereotypes perpetuated in many rural-based horror films. But they also happen to be in one. The film juxtaposes the cleverly gruesome death sequences with the sympathetic reactions of the deeply lovable Tucker and Dale.

“Tucker & Dale vs. Evil” is not always laugh-out-loud funny, nor is it completely scary or romantic. But there is an endearing layer of genuineness and heart coupled with that makes this splatter comedy as touching as it is hilarious– a balance reached by too few movies brave enough to attempt to provide the audience with both.

This laugh-out-loud comedy horror gem demands to be watched with a group of open-minded friends. Fans of movies like Evil Dead, Cabin in the Woods and Shaun of the Dead are sure to be delighted by one of the best comedy-horror mashups in recent history.

Tucker & Dale vs. Evil can be purchased cheaply on Amazon right here.