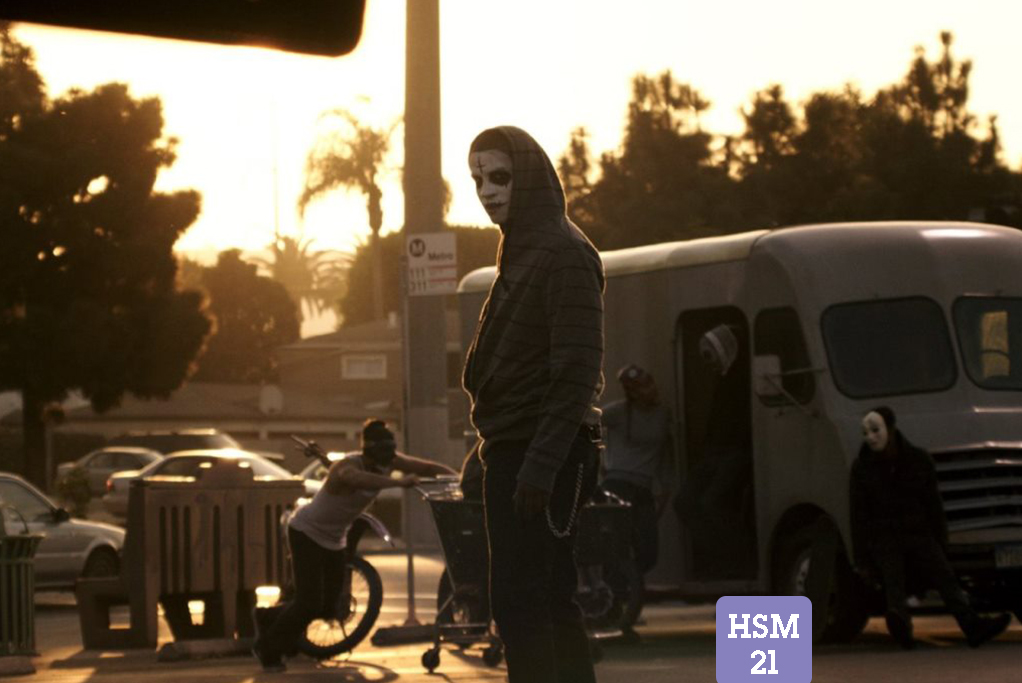 Like its predecessor, “The Purge: Anarchy” was in a tricky position. Crafting a horror film around a highly sociopolitical narrative is bound to produce divisive reactions. Writer-director James DeMonaco, who wrote and directed the original, decided to set the sequel in a far more expansive and savage landscape. And the payoff was a thrilling, engaging and thoughtful horror adventure.

“The Purge” received a lot of negative reactions from people who felt that the concept was squandered an a typical home invasion plot. Despite being a generally effective horror movie, it didn’t provide sufficient intelligent commentary about class warfare. “Anarchy” certainly seems to address these complaints.

“Anarchy” is set in the same world as the original, although we’re given a more macro perspective. In this series’ alternate reality, the “New Founding Fathers” have taken over America after an economic collapse. Under the newly-instated totalitarian government, they create a “purge night” once a year when all crime is illegal and all emergency services are shut down.

What we know from the first film is that the Purge serves as a form of artificial population control. This has resulted in declining crime and unemployment rates. The economy is thriving and people are obtaining a sick sense of euphoria from killing their neighbors. It’s a chance for the country to release its collective animalistic desires. And for many, it’s a cleansing and patriotic practice.

America. 2023. Unemployment is below 5 percent. Crime is virtually non-existent while every year fewer and fewer people live below the poverty line.

All thanks to… The Purge.

In “Anarchy,” the terror becomes increasingly politicized. Upper-class citizens have the opportunity to purchase barricades to protect themselves from purgers, while the poor become walking targets. We learn more about people’s motivations to purge– including some anarchy groups who purge the purgers. There was a lot of ground to cover in “Anarchy.” Not a second of the film’s 103-minute run time is wasted.

It seems that DeMonaco’s intention may have been to use the original to set-up what would happen in “Anarchy.” Budget likely played a large role in the decision as well. “The Purge” was produced on a $3 million budget. While the sequel’s budget grew three-fold, the scope of the film increased ten-fold.

“Anarchy” follows five individuals, who band together after finding themselves (for varying reasons) on the streets and away from the luxury of elaborate security systems. One waitress and her daughter escape a gang of militant intruders who take them from their home; a dysfunctional married couple become stranded after their car breaks down shortly before the Purge commences; and police Sargent sets out to revenge purge, while reluctantly accepting responsibility for the group’s safety once their paths cross.

The dystopian sequel contains a dramatically different perspective from “The Purge.” The original was told from the POV of an upper middle-class family, who takes in a stranger of the working/under-class and decides to protect him from blood-thirsty youngsters of the capitalist/upper-class. In “Anarchy,” the five protagonist range from the working poor to the middle class. They quickly team up out of desperation to fend off attacks from purgers of every class. Thus, the conflict is more varied than the first.

The pacing of “Anarchy” is appropriately chaotic. As the entire story takes place in 12 nocturnal hours, the protagonists never stay in one place for more than a few minutes. “Anarchy” feels like one of those elaborate haunted house attractions, where you roam from room to room. Only instead, you’re chased from room to room by people who want to kill you, and the haunted house is all of Los Angeles.

Machete-wielding “god” in “The Purge: Anarchy.”

The mission for the five-person group is to survive, but there are important plot elements that drive the story forward– primarily, police sergeant Leo’s quest to purge. His unspoken mission disrupts the other four’s desire to find refuge somewhere safe and wait out the chaos. But as he is the only one capable of protecting the group from purgers, they follow him between alleyways, through gangs of purgers who attack them with machetes, machine guns and flamethrowers.

Conceptually, the “Purge” series is a tough pill to swallow. But “Anarchy” does a better job at making the dystopia (or utopia, depending on your perspective) easier to accept than its predecessor. While the film never seems to condone violence, you can understand why purgers might perceive the annual government-sanctioned free-for-all as a necessary evil. DeMonaco deserves credit for what might be a new form of horror, wherein the monster is an entire society.

Waves of sirens, crying and screaming fill the air in “Anarchy.” Purgers (almost exclusively men) form gangs and fight over prey. Others form revolutionary groups to combat what they believe to be governmental efforts to wipe out the poor to benefit the one-percenters. Lone purgers, who are often the angriest, blast their pro-purge or anti-purge messages through megaphones atop apartment buildings. Like many extremists group in our reality, some co-op religion or nationalism to justify their aggression.

“Anarchy” leaves the door wide open for infinite sequels. But more than almost any other horror movie franchise, “The Purge” and “The Purge: Anarchy” have established a narrative framework fit for numerous sequels. The world of “The Purge” might have more to say of our world than its own– about the hidden barbaric views that some (maybe many) Americans have about those higher or lower than them on the class totem.

While the series hasn’t reached its full potential in terms of providing genuine commentary on the senselessness of class warfare, the prospect of that potential is more enticing than ever before. “The Purge: Anarchy” is another installment of a series that I hope becomes an annual tradition.

The Purge: Anarchy is available on DVD, blu ray and digital download here on Amazon; and the original here. And be sure to check out the other entries in the Horror Sequel Marathon right here on My Vinyl Muse!