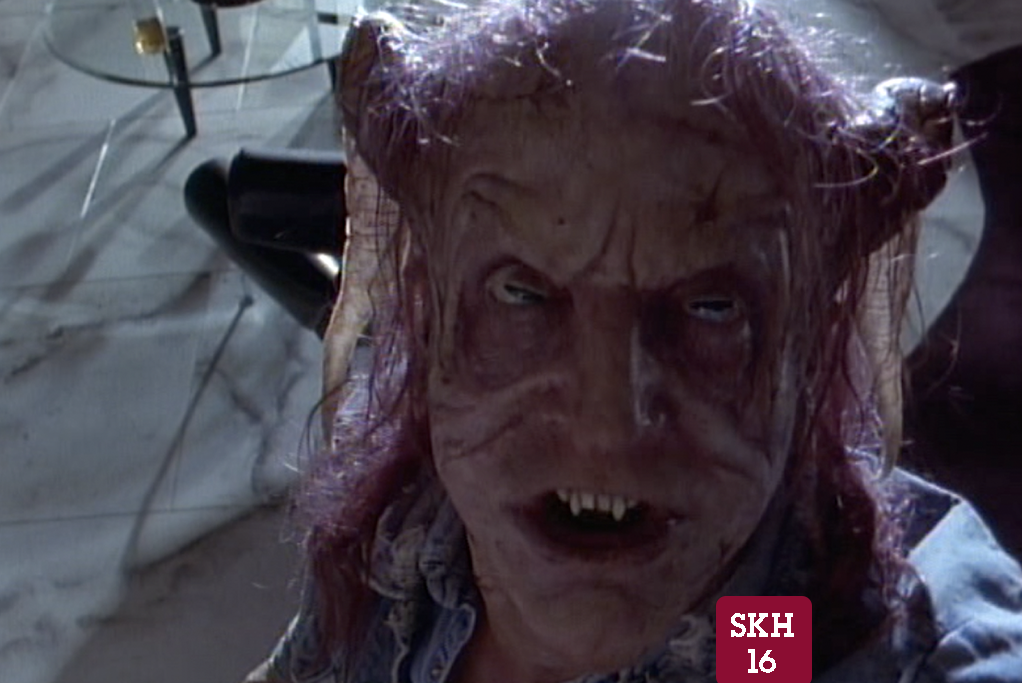 Of all the Stephen King horror adaptations on this list, The Stand is perhaps the most ripe for a remake. Released in 1994, this miniseries was based on King’s 1978 epic post-apocolyptic horror fantasy novel of the same name. The four-part series was directed by Mick Garris, who frequently works on Stephen King adaptations– previously directing Sleepwalkers (1992), and then later directing a handful of other King adaptations including The Shining (1997), Riding the Bullet (2004), Desperation (2006), and Bag of Bones (2011).

The film starts off with a security guard at a top-secret government laboratory in California that’s experimenting with a weaponized strain of influenza. When it is accidentally released, a lab guard panics– and escapes the lab to drive cross-country to Texas, unintentionally spreading the virus across the entire country. Within two week, 99 percent of the entire world’s population is dead.

Scattered survivors experience strange visions in their sleep that instruct them to meet at one of two destinations– Nebraska or Las Vegas. Along the way, different survivors meet and work together to make their way to their destination alive. It’s revealed early on that the apocalypse that unfolds is quite literally of biblical proportions– with Christian themes depicting the coming battle between the good led by God and the even led by Satan.

The Stand features a massive cast (including Gary Sinise, Miguel Ferrer, Rob Lowe, Ossie Davis, Ruby Dee, Jamey Sheridan, Laura San Giacomo, and Molly Ringwald) with several leads who outshine some of the miniseries’ phoned in performances. Some of the villainous characters in particular do a phenomenal job.

Garris does a commendable job at maintaining the high-stakes tone from beginning to end. The Stand starts out as a miniseries about survival but quickly elevates itself to an epic tale of good vs evil– making the final showdown all the more captivating.

While The Stand was well-received from critics and Stephen King fans alike, it hasn’t aged particularly well– due in part to the unfocused direction, some cheesy dialog, and questionable character motivation. But for die-hard fans of post-apocalyptic horror with seven hours to kill, The Stand is a fascinating epic that uses Biblical allusions to tell a sometimes riveting tale of community and survival.

“The Stand” is available on DVD, blu ray, and digital download here on Amazon. And be sure to check out the other entries in the Stephen King Horror-Thon right here on Horror Theory!