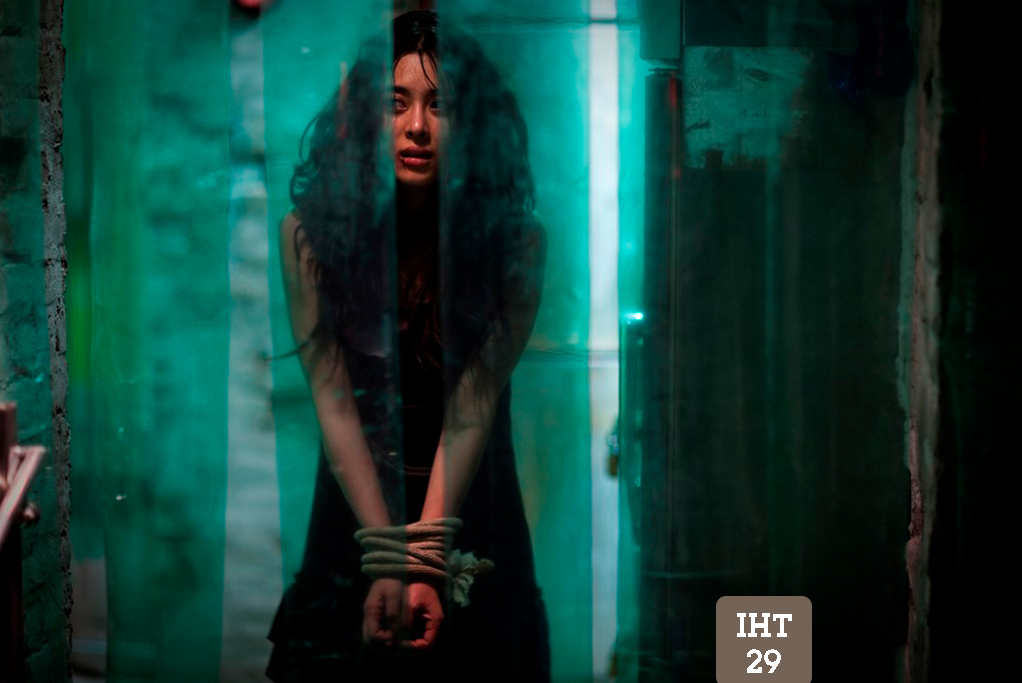 The distinction between good and evil blur in the 2010 South Korean psychological horror thriller I Saw the Devil, which follows National Intelligence Service agent Soo-hyun on an epic quest for revenge when his fiancée is brutally murdered by a psychopathic serial killer.

Like many Korean horror films, I Saw the Devil is a blend of many genres. Structurally, it’s an action revenge thriller– not entirely unlike something you’d find in a Bruce Willis or Liam Neeson blockbuster. But the film is elevated to horror status by its relentless terror that comes in shockingly consistent waves. The violence is too surreal, too emotional and too dark-toned to be characterized as an action movie.

I Saw the Devil is extreme, even by Asian standards. Much of the film is difficult to watch. I watched the unrated version and found myself viewing parts of the film with my hands across my face– peering aghast between my fingers. But almost every execution and every shattered bone and ripped flesh serves a purpose to progressing the story and providing insight about the characters, who are much more complex than your average horror movie.

Lee Byung-hun, who plays Soo-hyun, is absolutely brilliant. He’s a tough guy with masterful fighting abilities. He’s hell-bent on pure revenge, not only to kill his fiancée’s murder but to make him suffer. And in the process, he’s forced to address his motives in doing so– what kind of personal satisfaction is there to be had in letting yourself be consumed with hate? Byung-hun’s character rarely hesitates in his violent course, but he’s far from emotionless. His humanity and powerful emotional eruptions prevent I Saw the Devil from turning into a mindless celebration of violence and vengeance.

Choi Min-sik plays the mindless serial killer Kyung-chul with appropriate furiosity. He’s a curious antagonist with profound depth that is revealed slowly. His behavior is sinister and hypnotic without reverting any attention away from the protagonist. At times, Min-sik reminded me of Javier Bardem’s performance in No Country for Old Men, which gave me nightmares. His role as an antagonist in the film is always to highlight the growth or lack of growth in Soo-hyun.

A common and reasonable complaint is in regard to the film’s running time, which is over two hours. I Saw the Devil seemed to end three or four times. And when you’re watching the graphic mutilations of several characters, the violence and gore can become numbing. I Saw the Devil could have benefited from a Kill Bill-style split.

The film serves as a fascinating, complex study of revenge– how it corrodes your soul, how it affects the ones you love, what is the end result. These ideas return to the big screen so frequently, because the narratives are timeless. And with its stylistic brutality and its complicated villain, I Saw the Devil is one of the most cohesive and perplexing revenge films of recent history. When Soo-hyun gazes into the abyss, the devil gazes back into him.

You can buy I Saw the Devil on Amazon right here.