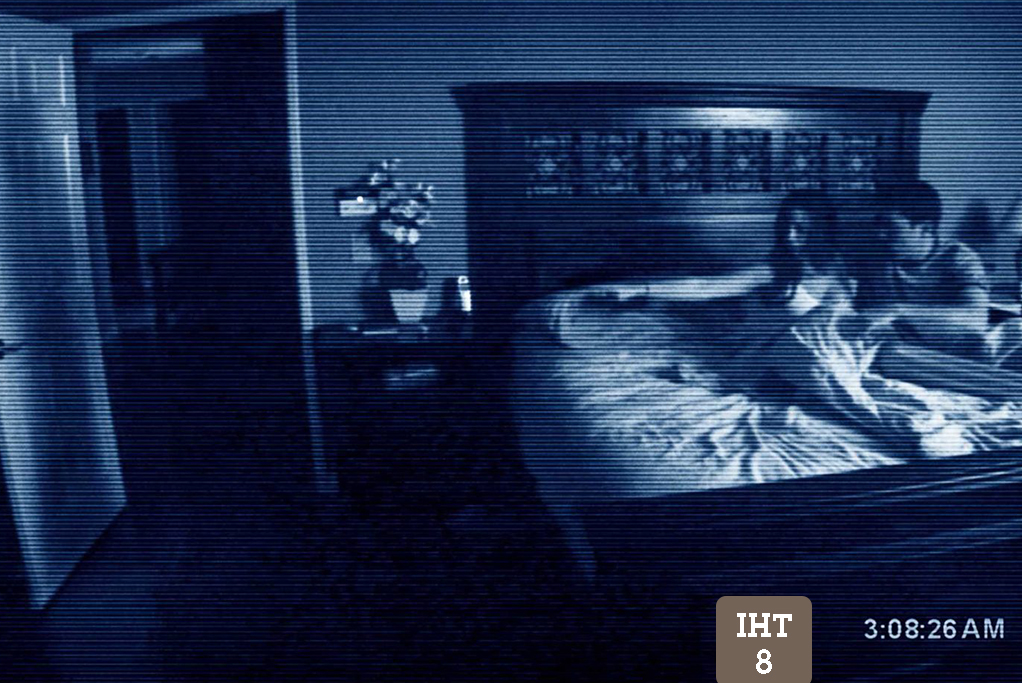 But with an open mind and realistic expectations, Paranormal Activity showcases how a minimalist approach to budget, location, characters and special effects can still produce a genuinely frighting movie experience– with the right writing and direction.

Originally developed as an independent feature and given film festival screenings in 2007, the film was eventually acquired by Paramount Pictures and modified, particularly with a new ending. It was given a limited U.S. release on September 25, 2009. After demand for the film grew virally, Paranormal Activity received a nationwide release on October 16, 2009.

The film centers on a young couple, Katie and Micah, who are haunted by a supernatural presence. At first, the activity is mild– doors that slowly close and flickering lights. But soon the paranormal activity grows more violent as Katie and Micah begin to pay it more attention.

Paranormal Activity was written and directed by Oren Peli and produced by Jason Blum. It is presented in the “found footage” style with cameras held by the Katie and Micah and later set on tripods around the house. The young couple uses the camera to reveal what happens in their house when they aren’t around. And we frequently see them review the footage and make decisions on how to combat the spirit.

Peli says that the dialogue was “natural” because there was no real script. Instead, the actors were given outlines of the story and situations to improvise, a technique known as “retroscripting” also used in the making of The Blair Witch Project. And while this might not make for the most clever dialog, it certainly makes it abundantly more believable to accept Katie and Micah as two ordinary people.

Paranormal Activity paces itself well– perhaps too much for some. The first act is mostly about getting to know the characters before the paranormal activity begins. The film’s ability to provide consistent scare is due mostly to Peli’s brilliant plot structure. For much of the run time, the camera is set up on a tripod in Katie and Micah’s bedroom, where most of the hauntings occur. These scenes are cut with more active scenes of the couple trying to manage the supernature threat, which moves the plot forward and makes the timeline easier to follow.

Paranormal Activity is best watched with a group of friends who are willing to pay attention to the movie. The micro-budget horror film isn’t particularly ground-breaking, but it did open up the doors for independent horror directors who wanted to make horror films with mass appeal and limited funds. Paranormal Activity showcases the effectiveness of setting up minimalist scenes that force the viewers to scan the movie screen in search of what might creep from the shadows.

The Paranormal Activity trilogy can be purchased cheaply on Amazon right here.